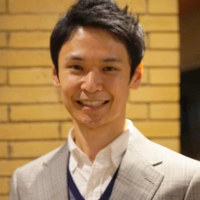 Akihiro is a researcher with a special interest in Artificial General Intelligence. Inspired by Astro Boy, the robot manga hero from the 50s who was wildly popular in his native Japan, he has been dreaming of creating such a robot with a human mind. At age of 16, he went to Toyota National College of Technology to major in Information Engineering, and later went on to the University of Arkansas in the states. He became the top graduate of BSc Computer Science in 2011, and then obtained BA Psychology in the following year in 2012.

Later in the same year, he has started DPhil program with a special focus on the field of computational neuroscience at Oxford University.

My research at OCTNAI focuses on seeking biologically plausible accounts of visual processing in the brain. The aim of my research is to understand mechanisms by which the visual system learns to represent a complex structure of visual scenes within biologically plausible neural network models. We believe this study will help to improve our understanding of how exactly the brain functions, which is a question that cannot be answered just by analyzing data collected from many experiments.

In particular, over successive stages, the primate ventral visual pathway develops neurons that respond to particular objects or faces independently of their position, size or orientation. The ventral visual pathway is thus thought to be responsible for transform-invariant visual object and face recognition in the brain. However, it remains a difficult challenge to understand exactly how these neurons develop their response properties during learning. The learning processes will depend on how the neurons interact with each other through successive layers of the ventral visual pathway as they are driven by rich visual input from natural scenes. We are aiming to investigate this mystery through computer simulations that accurately model the behaviour of individual neurons, how these neurons are linked together in the brain, how the synaptic connections between cells are modified during learning, and the statistical properties of the visual input from the sensory environment.

Trying to find other members of Our Team?